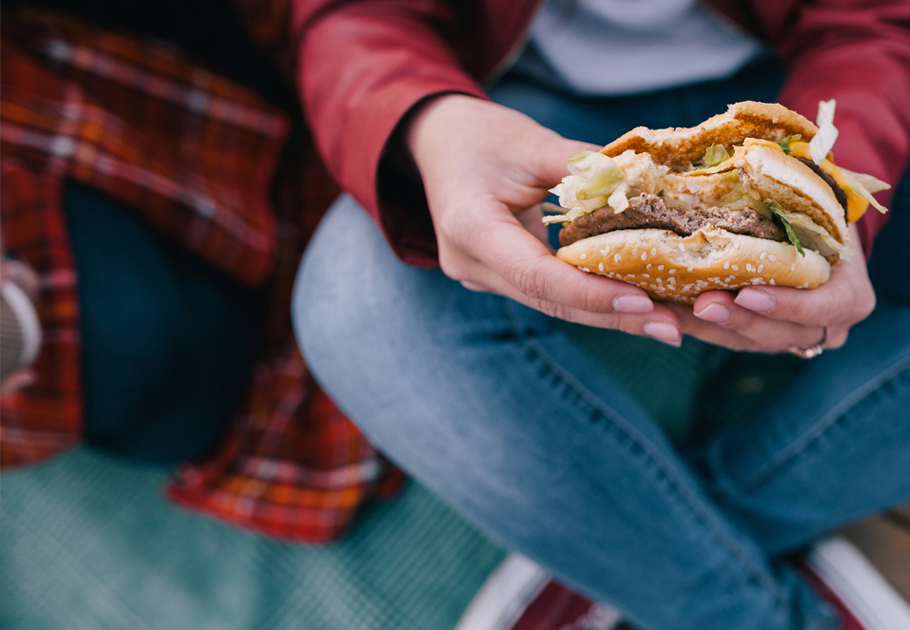 It’s true that as we move through the decades towards retirement age, the more likely we are to have raised total cholesterol. Data from the Central Statistics Office (CSO) showed that diseases of the circulatory system accounted for almost a quarter of deaths in those aged between 35 – 75 years. In addition, 7% of deaths those aged 15-34 were due to diseases of the circulatory system. [1] Bottom line: a large number of young people also have cholesterol levels that are too high and so are putting their health at risk.

Myth buster: High cholesterol is mainly a problem for men

High cholesterol doesn’t just affect men – women are also at risk and in some cases, even more so than men! In fact, figures show that slightly more young women aged 25 to 34 years have raised total cholesterol than men of the same age. This is the same for adults aged above 55 years. For example, 23% of women aged 55 to 64 years have high cholesterol compared to 20% of men in the same age category. (2) The reality: women need to be just as vigilant at getting their cholesterol levels monitored, especially after the menopause.

Myth buster: Only overweight and unfit people have high cholesterol

Myth buster: Butter is a natural fat and better for your cholesterol than spread

Indeed a 10g serving of butter (one of those little packs that you get in cafes and restaurants) contains around 5g of saturated fat – that’s a quarter of our daily recommended limit of saturated fat. This is clearly a case of nature doesn’t always know best!

There is insufficient evidence that supplements of omega-3 fats will help to prevent cardiovascular disease or heart attacks [3].

Getting the omega-3 fats we need from food, such as oily fish, means we also benefit from the wide range of nutrients that oily fish supply such as protein, phosphorus, selenium, and vitamins B3, B6, B12 and D. And of course, fish is a tasty addition to our diet.

Myth buster: Drinking red wine is good for the heart

It’s commonly thought red wine may help to reduce the risk of heart disease thanks to the antioxidants it contains. But antioxidants are also found in many other foods such as fruit and veg.

Better still, the antioxidants in fruit and veg are naturally packaged with beneficial fibre and other vitamins and minerals – and don’t come with the negative effects of alcohol.

Meanwhile, research funded by the British Heart Foundation in 2018 found the risks of consuming alcohol on diseases of the heart and circulation outweigh any benefits [4].

The truth is, drinking red wine – or any other alcohol – is not a great strategy for keeping our heart healthy and is more likely to do harm than good.

4. British Heart Foundation. Is red wine good for your heart? Available at https://www.bhf.org.uk/informationsupport/heart-matters-magazine/medical/ask-the-experts/red-wine-and-your-heart Accessed May 2020.

We use cookies on our website to give you the most relevant experience by remembering your preferences and repeat visits. By clicking “Accept”, you consent to the use of ALL the cookies. However you may visit Cookie Settings to change consent preferences.
Manage consentAccept all cookiesContinue with necessary
Manage consent

Privacy policy
Strictly necessary cookies Always Enabled
These cookies are necessary for the website to function and cannot be switched off in our systems. They are usually only set in response to actions made by you which amount to a request for services, such as setting your privacy preferences, logging in or filling in forms. You can set your browser to block or alert you about these cookies, but some parts of the site will not then work. These cookies do not store any personally identifiable information. See cookies
Functional
Functional cookies help to perform certain functionalities such as sharing website content on social media platforms, collect feedbacks, remember language selections, or other third-party features. See cookies
Analytics
Analytical cookies allow us to count visits and traffic sources so we can measure and improve the performance of our site. They help us to know which pages are the most and least popular and see how visitors move around the site. All information these cookies collect is aggregated and therefore anonymous. If you do not allow these cookies we will not know when you have visited our site, and will not be able to monitor its performance. See cookies
Advertisement
These cookies may be set through our site by our advertising partners. They may be used by those companies to build a profile of your interests and show you relevant adverts on other sites. They do not store directly personal information, but are based on uniquely identifying your browser and internet device. If you do not allow these cookies, you will experience less targeted advertising. See cookies
Save & Accept